The Pigeons Nest :: Season One :: Rules

The format will be 4v4 played on the Big stadium.

Games will last 7 minutes per half. There will be two halves.

Rules for the '3 def' format will be the same as used in FM. For those unfamiliar with these rules please click here to access them. (Only the League Format Rules)

As the captain, it is your responsibility that you have enough players to play. A wildcard system is in place where, if you don't have enough players, you can postpone the game. You will have 3 wildcards to use per season and a wildcard must be used 1 hour prior to a match. To use a wildcard, post in the Wildcards forum. Each team may only use 2 wildcards per half of the season, i.e. across matchdays 1-4 and 5-10 (just as a light counter-measure to discourage teams saving up their wildcards for the end of the season and creating too big a backlog of fixtures to be played).
Captains will be punished for every time they exceed the wildcard limit. The punishment can be from a 1 match ban to losing the captaincy.

You can postpone a game if both teams agree to it if it is too late to use a wildcard. Both captains must agree on the thread.

Treat your opponents with respect. Anything that could be deemed as offensive or crass will be looked into by the admins. Punishments can result in losing the captaincy and bans, either for a few games or for the rest of the season depending on the nature of the insult.

Treat your opponents with respect. Anything that could be deemed as offensive or crass will be looked into by the admins. Punishments will result in bans, either for a few games or for the rest of the season depending on the nature of the insult.

Treat your captain and other players with respect, at the end of the day, people play Haxball to wind down after a hard day at school/work, not to be insulted.

Use of a macro is classed as cheating and is therefore forbidden from this league (Looking at you Dutchies).

Players must use their forum names in matches, however we will issue leeway for slight changes, such as lower/uppercase letters etc.

Match replays must be submitted in the thread.

It is advised that more than one person records the match, incase someone disconnects or accidentally loses the recording.

Replay submissions must have a link to the game (good replay hosting sites are e.haxball and haxballtube), the score and the replay time when the player scored.

Teams must have a minimum of 6 Players and maximum 10.

Each team must have a captain. A co captain is also advised.

Team captains will take turns to pick players in the draft. The order will be released in due course.

Captains are not forced to pick players in the draft, however they must meet the squad requirements (minimum of 6 players per team).

If the captain can't make it for the draft, make sure you let the admins know who you want to sign in the draft. A preference list e.g. 1. Player A, 2. Player B, 3. Player C is advised. We want a smooth draft with no large delays.

Trades can be made between teams. The amount of trades that teams have is unlimited.

Captains have a maximum of 4 League Cuts they can make in a season. If a captain cuts a player during the season, that will count as a League Cut

A player leaving the team on his own accord will not count as a League Cut.

Cutting a player that is deemed inactive, or has been suspended for a number of games, will not count towards a League Cut.

The mid season break will last one week.

Drafted players cannot be cut for 3 gamedays unless they are inactive or have requested a cut.

When the draft ends, a free agency thread will be opened. Any players not picked in the draft should sign up to the Free Agency.

Free Agents can be signed at any point during the season.

Free agents can be signed if the team has a free slot, however a drafted player cannot be cut to make way for a free agent until after 3 gamedays have been played.

To be a part of a team, the player must have a registered account on the forums.

The player must also have made a post in the Free Agency Thread.

The player must also confirm his signing.

Don't post anything that could be deemed as hugely offensive.

Remember this is a Pro Palestine Forum.

Be respectful to other users,


The admin team has the right to enforce new rules during the season, should we need to. 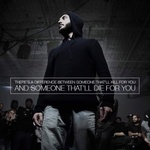 The Pigeons Nest :: Season One :: Rules